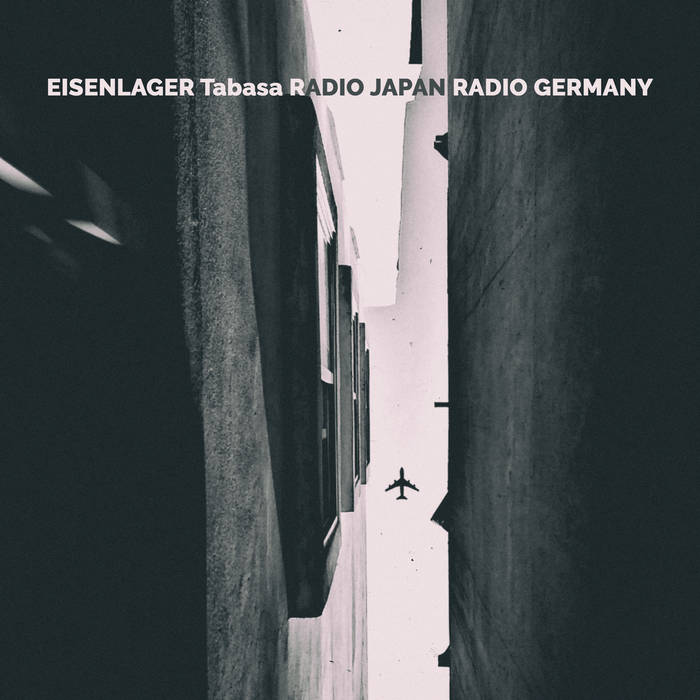 Experimental electronic musician. 實驗電子音樂 Tabasa (Yasushi Okayama) is an electronic music composer from Sapporo city, Hokkaido, Japan who programs, mixes and masters her electronica, ambient, drone and experimental electronic music. In her recently released 3-track EP entitled "Realize", Tabasa uses minimal beats and bass to lay a solid foundation for her angelic vocals, which have been treated through a digital delay to induce an edgy, dream-state effect. Her music is unique and has a youthful spontaneity to it. She has recently collaborated with Eisenlager on "Radio Japan, Radio Germany" released on Petroglyph Music and has participated on MidnightRadio Compilations 74 and 75. We hope to hear more from this wonderful artist. (written by Vava vol) (vavavol.blogspot.jp/2016/11/tabasa-electronic-experimental-musician.html) tabasa.bandcamp.com twitter.com/tabasa1279 www.facebook.com/tabasa1279/ www.youtube.com/channel/UC6lYqK7zzy1Ec0cwQ8bl1bg

Eisenlager (based in Germany) and Tabasa (Based in Japan) have met through the mysterious ways on the internet. Both appreciators of each other’s musical sound outputs they decided to collaborate. The result is a journey of travels, starting with a slow deep eruption of great depth and pressure. It’s a drone ambient work that feels hollow as a large departure hall at an airport, filled with voices of different kind, all mixed up in abstract sound that becomes almost holy in its heaviness.

Then the journey comes in with atmospheric female humming voices among the talking ones, with an active strange electronic beat bedeviling the audio environment. The German language sound snippets come across like news bytes that become dramatic through the angelic hums and drums; it’s as if we are mourning something.

Eisenlager & Tabasa can be heard zapping through channels, some are comedic, other euphoric and others cinematic. The music suggest that its none of their liking as it clearly captures a ‘sigh’ before returning back to the actual business of reshaping and creating their own music presence. The great thing is that the channel zapping now gets used to function as an actual instrument instead of the main dominator to eat brains away.

Then there is a track in which Eisenlager & Tabasa also have featured Im Wesen. I’m not sure what Im Wesen does here, but the result of this triple collaboration is superbly beautiful. To me personally the best track on this album, very sweet, nice and gentle sounds, strange but perfectly integrated audio snippets. It’s like a new age trip with trumpets, sweetness, some sadness, but also a fair amount of silliness and laughter.

The track ‘Yoshimichi Setsuda’ is also of the pretty kind, calmly inducing its sounds like a rhythmic ambient vortex that you actually don’t want to end, but in the end; still does! Luckily there is more music to explore! And with Menlo Park’ we can even go for some dancefloor action. The music is very gentle, has a nice swing without being in your face. It does its rhythmic summer style thing while an whole collection of radio snippets pass the revue. They add an interesting vibes to the mix, especially the opera parts!

Gone To Earth’ is one of the more relaxing parts on this collaborative album. It contains a very easy going warm audio flow that is easily digested with both ears and makes everything feel like a solved problem; there are no problems here, everything is perfect and we are all in this surreal humbleness together.

Then there is ‘I’m a Crossdressor’ which title wise sounds a bit confessional, but the music is sounding more like being in the surroundings of some kind of public transport. Maybe the title versus sound part should generate the feeling of crossdressing and going for a ride in some kind of modern day underground rail system. In any case it’s the end of this successful collaboration in which the artist (from other far away countries) had joined together to create something new.
It is difficult to say who did what, and who is responsible for the certain aspects in these recordings, which eventually is what makes such a collaboration something that is a bit like a new born child. (But a little bit different!)