BLUT HIRN SCHRANKE [in honor of M​.​NOMIZED, who has broken all barriers in experimental ELECTRIC music since 1975] 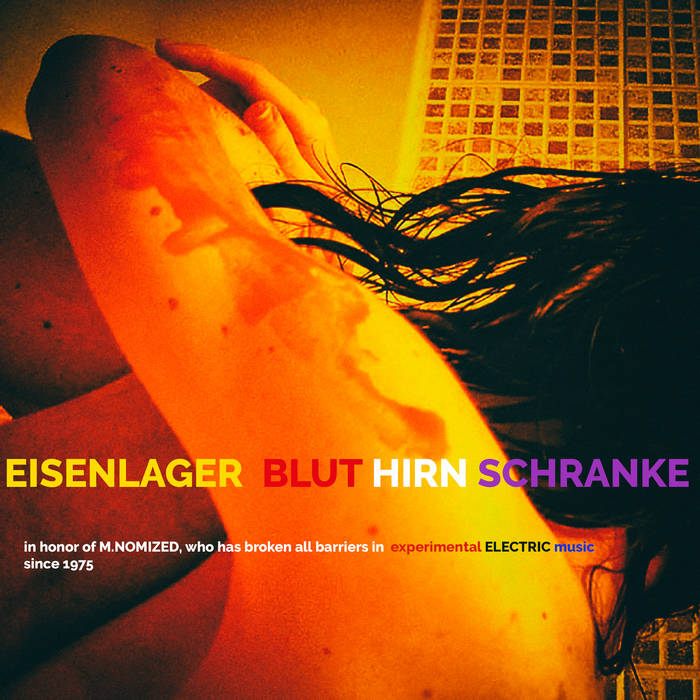 www.discogs.com/de/artist/740538-MNOMIZED
M.Nomized is a recording artist, mail artist, author, collagist and painter, who was born in Paris in 1956. He started his work in 1975 with contemporary music and sound research. In the subsequent 31 years he has appeared on more than 200 solo, collaboration, and compilation CD and tape releases -- on his own Fraction Studio label, and on numerous European, Japanese, and American labels. M.Nomized has recorded and created music in many different styles, including experimental, electronic, minimalist and repetitive musics, industrial, Indian music, "out", Algerian, noise, cyclic and loop-based music, children's theater, ambient, piano, and spoken word. He was involved in the homemade music scene of the 1980s and 1990s, and was well-known for his recordings as a member of No Unauthorized. M.Nomized has collaborated with De Fabriek, Don Campau, Mr. Moto, Carsten Olbrich, The Golozos, Mark Sonnenfeld, The Legendary Poptones, Daniele Brusaschetto, Bidoche Musique, Kora, Messy, Clover Leaf, Mlehst, Le Microcosme and many others.